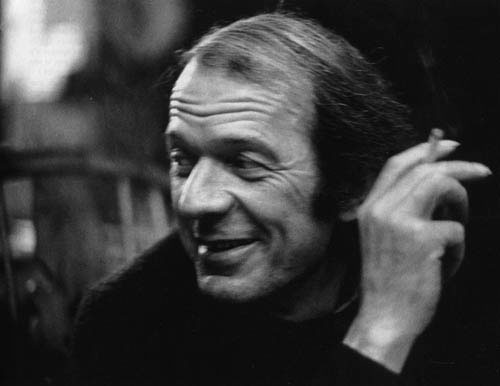 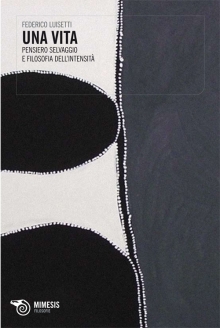 Luisetti’s study on Gilles Deleuze’s thought (“Una vita. Pensiero selvaggio e filosofia dell’intensità”, Milano: Mimesis Edizioni, 2011, pp. 158), while challenging, might give the reader some cause of perplexity and even criticism. With a polemical verve, exhibited since the book’s beginning, the author reacts against the supposedly Deleuzian misinterpretation of two key philosophers of modernity, Henri Bergson and Friedrich Nietzsche. According to Luisetti’s reading, Deleuze uses these two figures to betray systematically their theory while creating one of his main concepts, “transcendental vitalism.” The title of the first chapter of Luisetti’s book is, in fact, Vitalismo trascendentale (35-64). In his long Introduzione (7-32), Luisetti lays out the reasons of this alleged betrayal, which in his opinion are found in a persistent Kantian stance surreptitiously adopted by the French philosopher. In other words, whereas Nietzsche and Bergson tried to overcome Kantian transcendental schematism in the name of a philosophy firmly grounded in life, against all possible transcendentalism, Deleuze reintroduces it. Employing often a metaphorical style, Luisetti speaks, for instance, about the “arcigno profilo dell’apparato kantiano di Deleuze” (11), and of “deleuzismo” as a “neo-cristianesimo senza soggetto” (10). More specifically, in the first chapter, Luisetti accuses Deleuze of using the Kantian concept of “quantità intensiva” (37) to block and crystallize Bergsonian intensity into a transcendental cage.

As a matter of fact, Luisetti claims that, by conceiving “intuizione come metodo, l’intensità come quantità, la durata come istantaneità” (37), Deleuze distorts systematically Bergsonian thought. Luisetti, in other words, questions repeatedly the Deleuzian alleged sharp distancing from Kantian transcendentalism, as Deleuze claims in many of his writings (such as, for instance, in Différence et répétition, 1968). Luisetti raises doubts about the effectiveness of the Bergsonian philosophy as a tool employed by Deleuze to carry out that distancing (as it appears as a matter of fact in Le Bergsonisme, published by Deleuze in 1966). Luisetti argues instead that, in using Bergson, Deleuze blocks and puts into a specific conceptual frame some of the most important aspects of his thought to obtain a systematic misrepresentation and theoretical perversion of Bergosnian thought, especially as regards the idea of difference as it is elaborated by Bergson. Luisetti in fact writes “[…] il bergsonismo sconfessa l’idea stessa della differenza: tra una sensazione e l’altra non esistono differenze, ma soltanto passaggi, divenire progressivo di stati qualitativi informali e dunque non schematizzabili da alcuna forma a priori” (53).

Luisetti then goes on to argue that another important Deleuzian concept, the Aiôn, still belongs to the “fondamento della temporalità interna kantiana” (56). In fact, for Luisetti, duration in Deleuze is not a flow, purely lively and uncatchable, but rather it marks a systematic differentiation in intensity between the two extremes of the Aîon-eternity and Kronos-present, and as such it is measurable (63-64). It is here necessary to point out that Luisetti, laying out his critical argument, does not always provide the reader with sufficient proofs to support his argument, which often unfolds itself, in my opinion, in a tautological way. When at the beginning I stated that the reader might find some reasons of disagreement with the author, this disagreement is precisely based — it seems to me — on the dangers of irrationalism which this philosophical argumentation might imply.

The following chapter (Spasmo 65-85) does not evidence any real shifts in Luisetti’s polemical (and often tautological) stance against Deleuze, and his argument appears sometimes repetitive. According to the author, the universe, as Deleuze portrays it, crossed by trajectories of singularities differentiated by their own changing intensity, should rather be represented with the characters of a theatrical play, where it is the director who controls the actors’ gestures. As a matter of fact, the “principio genetico dell’intensità, l’origine differenziale di tutte le variazioni dei gradi sovrasta come un motore immobile i drammi dell’universo intensivo” (66-67). In other words, the shifting of the singularities on the ladder of intensity (which, for Deleuze, produces the reality as a connection of differences) is — according to Luisetti — directed by an external principle. This principle betrays the supposedly free movement of the singularities at the level of intensities. As we have already seen, for Luisetti, in the Bergsonian philosophy (which Deleuze is accused of misinterpreting), this same freedom of movement is instead fully respected and accurately shown.

Scholars agree that, in the Deleuzian philosophy, everything seems to be in motion in the continuous process of becoming other; by contrast, Luisetti claims repeatedly that everything is in reality rather static and frozen. Luisetti also claims to see, for instance, this Deleuzian conceptual failure in the famous Deleuzian study of Francis Bacon’s paintings (66-69, also 17-21). Elsewhere, Luisetti talks again about the “descrizione statica del cosmo delle quantità intensive” (69), and keeps insisting on the theological essence of Deleuzian thought, given that the “modulazione delle quantità intensive ripete l’oscillazione esistenziale tra la finitudine e la salvezza” (71). In fact, Luisetti also adopts a polemical stance towards one of the most distinguished interpreters of Deleuze, Anne Sauvargnagues, whose study Deleuze. L’Empirisme transcendental (2009) he analyzes at some length (74-79). In these pages, Luisetti also questions some of the concepts elaborated by another very important author employed by Deleuze, Gilbert Simondon, with his complex reflection on biology and the origins of life (“il meccanismo d’individuazione del cristallo” — a central concept in Simondon’s thought, which Deleuze inherits — “resta palesemente interno all’epistemologia kantiana” 77). Unfortunately, in this passage too Luisetti’s argument unfolds rather tautologically, leaving the reader wondering about the effectiveness of the author’s reasoning.

In the last chapter (Biopolitica orientalista 87-98), Luisetti presents the concept of the “orientalismo politico” as the “impensato della nostra attualità” (87). He views Nietzsche as its founder (87-88), and Deleuze and Félix Guattari, Michel Foucault, Roland Barthes, and Peter Sloterdijk (88-91) as the philosophers who have seriously taken it into account, disseminating it through contemporary culture. I view this chapter as perhaps the best of the entire book, for Luisetti leaves behind his (in my view) ineffective polemic stance. He thus adopts an analytical approach that suits him very well, as he has already shown in other passages of the book, for instance in the presentation of the Vauvergnagues’s study, or in the description of the concept of figura in the Deleuzian analysis of Bacon’s paintings (66-67). In other words, when Luisetti focuses on the task of presenting concepts belonging to the philosophical tradition, his writing becomes clear and his explanations very effective (without mentioning his mastery of the history of philosophy), as this chapter clearly demonstrates.

The second part of the book (which is shorter than the first one) comprehends three essays, where Bergson is still the main subject of analysis (Presente elastico 101-17; Fantasmi dei viventi 119-38; Fantasmi non umani139-48). In the last two chapters, the author focuses very interestingly on the relationship between the Bergsonian reflection on movement and light and the Italian avant-garde of Futurism. The book closes with an appendix, and a 2009 interview with Luisetti (La fine di tutte le cose, 153-58).  In brief, I have sought to point out some valid and interesting chapters in Luisetti’s volume. I have also expressed my disagreement with certain aspects of Luisetti’s interpretations of Deleuze’s reading of Nietzsche and Bergson in order to overcome Kantian transcendental schematism. Deleuzian scholars are urged to pick up Luisetti’s book and decide on their own whether Luisetti presents an interesting, valid reading of Deleuze, or rather misinterprets some aspects of the French philosopher’s most important concepts.